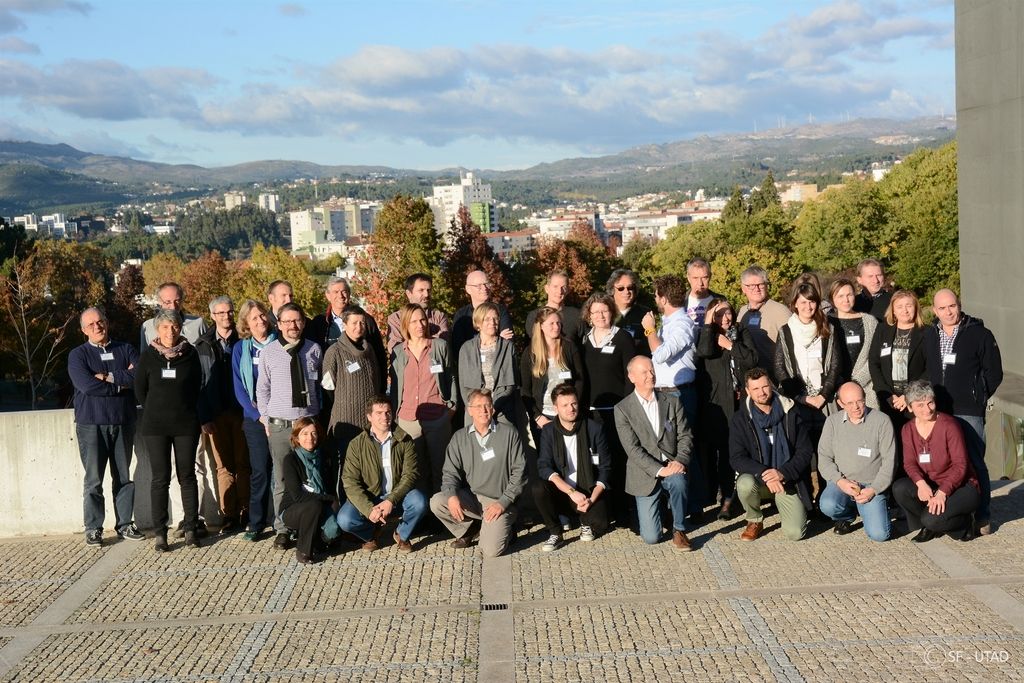 It has just been released at the scientific journal EuroChoices the Special Issue Designing Evidence-based Farm Advisory Policies for Sustainable Transition organised by the multi-actor team of AgriLink H2020 project (2017-2021). UTAD, through CETRAD researchers contribution, including PhD students, had a significant participation in this project, coordinating the working package on the “Innovation case studies in Focus Regions”, which had comprised 31 case studies across more than 40 regions in 13 European countries. This special issue is fully available in open access (offered by the scientific society responsible by the Journal) at the link https://onlinelibrary.wiley.com/toc/1746692x/2022/21/1.

The UTAD/CETRAD team participate in all the WP of the project and contributed to this SI, alongside with a diversity of outputs (scientific and practice-oriented) available in Agrilink website.

The aim of this special issue on Designing Evidence-based Farm Advisory Policies for Sustainable Transition offers is to disseminate key findings of our work and thus contribute to evidence-based advisory policies that best fit the conditions for the sustainable development of agriculture.

The first set of articles critically assess European farm advisory policies (Labarthe and Beck) in a context of increased pluralism of suppliers (see Sutherland and Labarthe, with a focus on ‘independent’ vs. ‘linked’ suppliers).

The second set address the role of participatory methods in the design of advisory policies in this context (Potters et al. and Leloup et al., on Living Labs and Transition Scenario workshops, respectively). A third set of papers presents findings about the transformations of farmers’ needs and practices (and how they are met or not by advisory services), based on our concept of microAKIS (see the Parlons Graphiques by Madureira et al. for illustrations). These articles rely on evidence from field work implemented in 13 countries (Belgium, Czechia, France, Greece, Italy, Latvia, Netherlands, Norway, Poland, Portugal, Romania, Spain and the UK). More than 1,000 farmers were interviewed, making this the largest dataset on the relations of farmers to advisors recently collected in Europe. Articles highlight the microAKIS of different social categories with specific profiles: career changers (Zabko and Tisenkopfs), farm workers (Laurent and Nguyen) and droppers of innovation (Sutherland et al.). Overall, we argue that there is a need to learn from hard-to-reach farmers and workers and deploy innovative public policies and actors to engage with them (see the Point de Vue by Labarthe et al.). As a whole, the papers demonstrate the critical importance of making better use of advances in social sciences to advance policy design, particularly understanding the role of advice within social interactions, and to strengthen the inclusiveness of public policies dealing with farm advisory services. 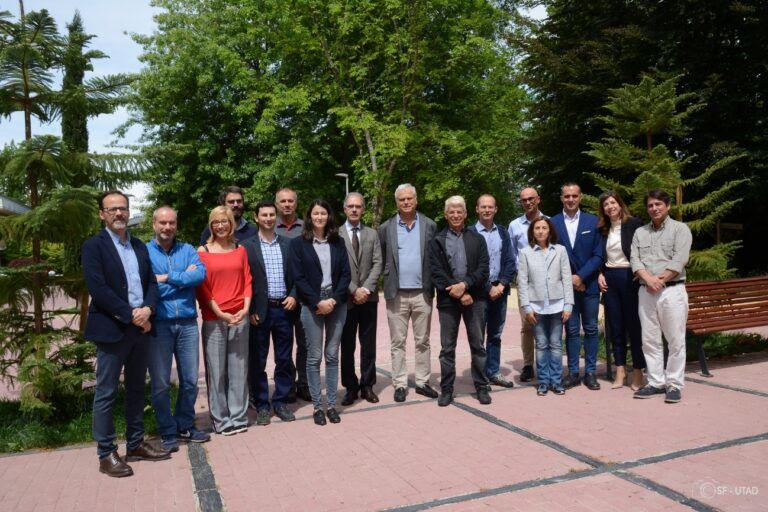 The presentation of AnaEE (Analysis and experimentation on ecosystems) took place last May 18-19 in Vila Real. It was an event that counted with the presence of the Vice-Rector of UTAD, with the international presence of Michel Boër (Director of AnaEE) where he spoke about opportunities for the Portuguese scientific infrastructures and three AnaEE responsibles….

The Portuguese Association for Political Economy (Ecpol) and CETRAD announces the call for communications for the 6th Annual Political Economy Meeting to be held at the University of Trás-os-Montes and Alto Douro, in Vila Real (Portugal), from the 26th until the 28th of January 2023 with the theme Dependences, Asymmetries and Territories.  The Meeting aims to bring… 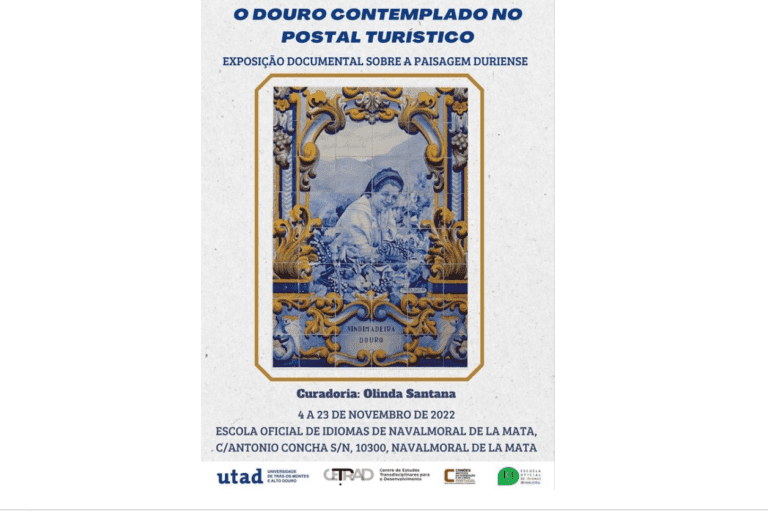 The Official Language School of Navalmoral de la Mata, in the Autonomous Community of Extremadura (Spain), is holding the exhibition The Douro contemplated in the tourist postcard, a documentary exhibition on the Douro landscape in tourist postcards of the Douro, issued by agents of the tourist system, from the early twentieth century to the present… 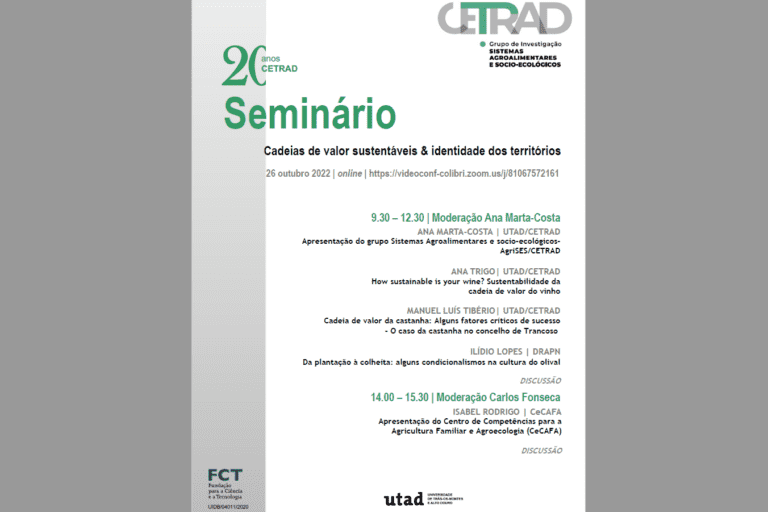 As part of the celebrations of CETRAD’s 20 years, the CETRAD Agri-Food and Socio-Ecological Systems (AgriSES) group is organising the Seminar dedicated to Sustainable value chains & identity of territories. The event takes place on 26 October, in online format, with sessions scheduled between 9.30am and 3.30pm. Participate via the link https://videoconf-colibri.zoom.us/j/81067572161. 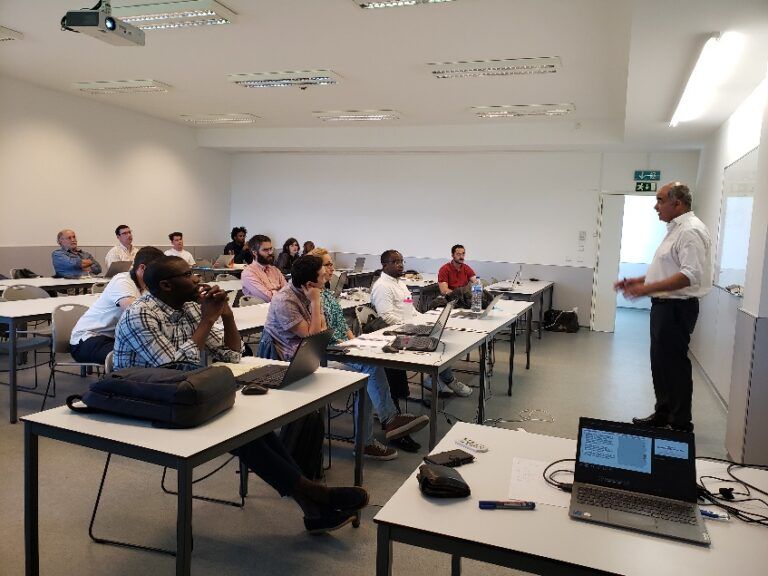 Last May 12, Professor Tomaz Dentinho gave a course at UTAD on how to use the Q-Method and its importance and application in real cases.This course was attended by about 15 people, including several national and international students of the PhD in Development, Societies and Territories. 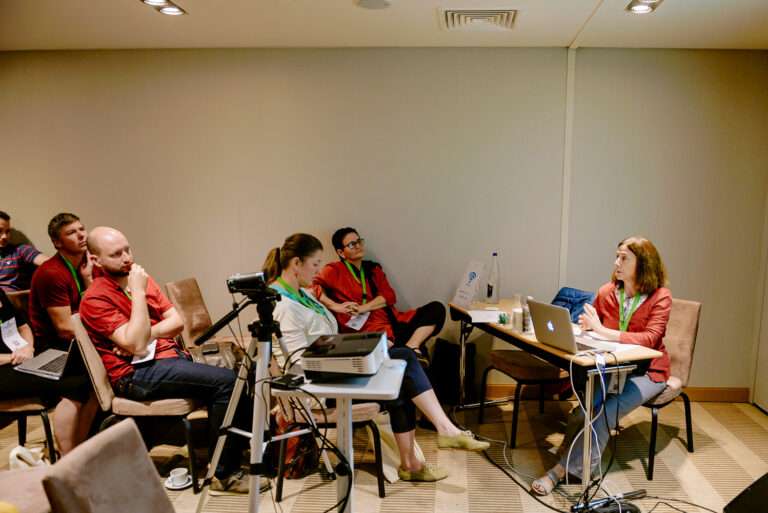