The climate crisis and the territories in 2050: Towards an interior desert?

The third session of the Territory Talks cycle, organised by CETRAD in the context of its 20th anniversary, took place on 20 September, this time with the aim of debating the territorial impacts of the climate crisis.

The guest of this session was Prof. Dr. João Santos, (Physics Department of UTAD), who reflected on the climate crisis and the future of the territories in 2050, answering several imminent questions about the territorial impacts of climate change: Can vines disappear from the Alto Douro? Will the Alentejo and the entire interior of the country become an immense desert? Will there be a lack of water in Tejo and Lisbon? Is it possible that the Algarve will cease to be a tourist destination in the summer? Or that the ocean will flood the beaches of Costa Nova and the banks of the Sado estuary?

The guest started the session with a reflection on the global state of the climate crisis, reflected on the situation in Europe, in the Iberian Peninsula and ended with an explanation of the situation in Portugal.

The session was mediated by Prof. Dr. Livia Madureira and Prof. Dr. Luis Ramos from CETRAD.

The “Territory Talks” are a contribution to imagine and/or (re)think the place that territories can and should occupy in the construction of a prospective, desirable and possible scenario for Portugal, in the light of the major societal, environmental and technological challenges of the 21st century : the demographic transition/crisis; the climate crisis, the efficient use of resources and the safeguarding of natural ecosystems, agriculture and the transition of the global food system, the reconfiguration of the globalisation model and re-industrialisation, the digital transformation of society and the new models for work and for the mobility of individuals and companies, the crisis of democracy and how to encourage citizen action.

The guest speaker for the next session of the cycle “Territory Talks – Conversations about the Future(s) of the Territory(s)” is a professor at the Physics Department of UTAD and director of the Agro-Environmental and Biological Research and Technology Centre (CITAB), where he coordinated the research line “Integrated monitoring of climate and environmental impacts”.

He also integrates the teams of several national and international projects, including the coordination of the European project Clim4Vitis. 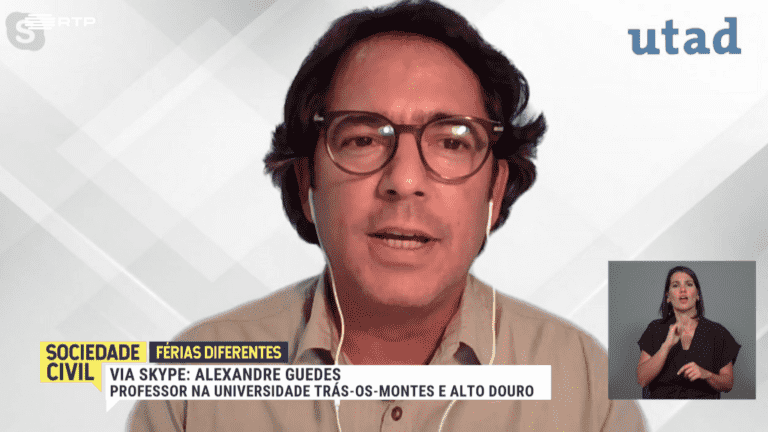 Researcher Alexander Sousa Guedes, coordinator of CETRAD’s Tourism & Sustainability research group, participated in the RTP 2’s Civil Society Programme on 13 October, dedicated to the theme “Different Holidays”. The researcher contributed with a reflection on the current dynamics of consumers and tourism in the new normal. He also took the opportunity to present some… 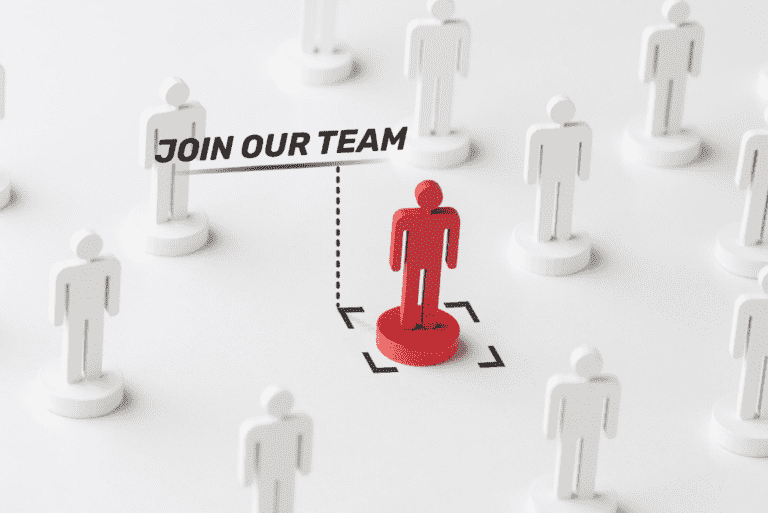 Open position for a PhD (Economics, Management and Similar) researcher (Investigador junior/ Recognised Researcher (R2)) for the research project “Vine&Wine Portugal”, supported by the PRR – Recovery and Resilience Plan and the NextGeneration EU European Funds, under the Mobilizing Agendas for Reindustrialisation Brief description of work plan: The researcher will develop its research and development (R&D)… 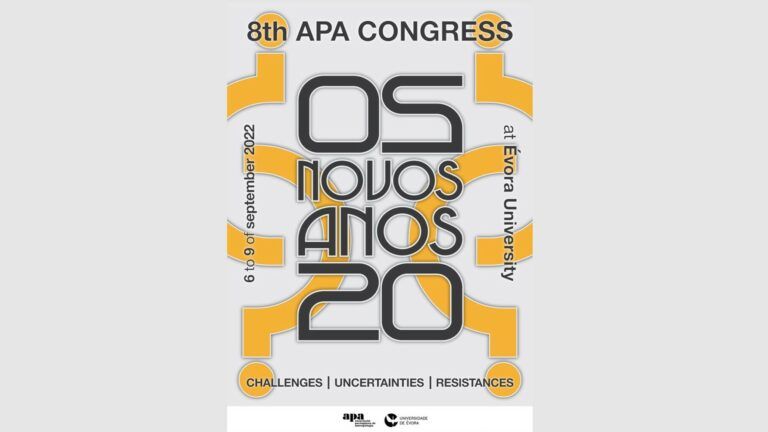 The VIII Portuguese Congress of the Portuguese Association of Anthropology – The New Twenties: Challenges, Uncertainties, Resistances took place between 6 and 9 September at the University of Évora. The CETRAD researcher Octávio Sacramento presented the paper, “Dramatizing war and celebrating heroes in the context of the Covid-19 pandemic”. The same researcher was co-author of… 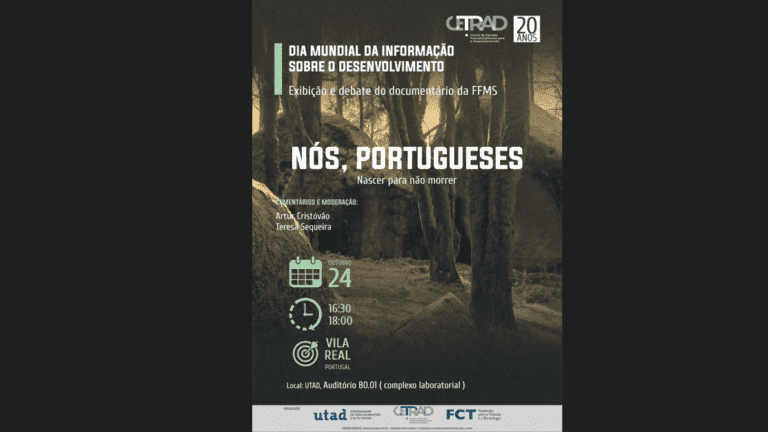 24th of October | Auditorium B0.01 of the Laboratory Complex, 4.30pm to 6pm The Centre for Transdisciplinary Studies for Development (CETRAD), marks the 24th of October, World Information Day on Development, with the screening of the documentary We, Portuguese: Born, not to die, a work produced by the Francisco Manuel dos Santos Foundation. After the… 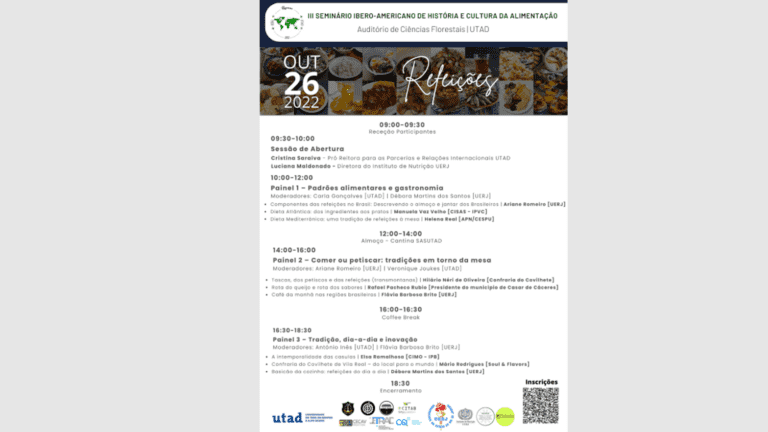 The European Research Group SYAL and the University of Trás-os-Montes e Alto Douro (UTAD) receive the  9th World Conference on Localized Agri-Food Systems (SYAL). The conference will be organized by the Centre for Transdisciplinary Development Studies (CETRAD) of the University of Trás-os-Montes and alto Douro and held in Vila Real, Portugal, on the 14th, 15th and 16th of November…