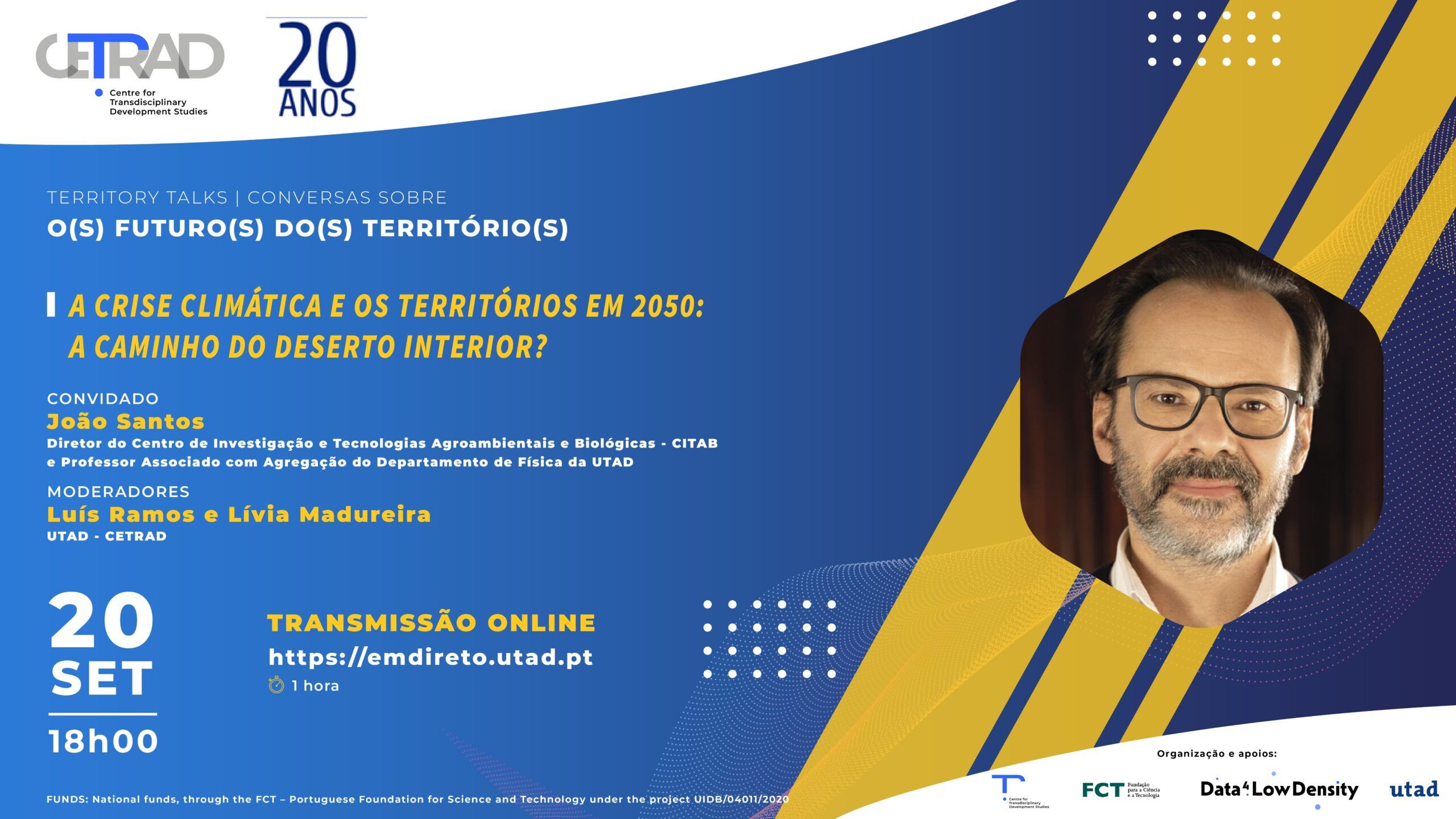 CETRAD Territory Talks – The climate crisis and the territories in 2050: towards the interior desert

The third edition of Territory Talks – Conversations about the Future(s) of the Territory(ies), organised by CETRAD, will take place on 20 September at 6 pm, as part of the celebrations of its 20th anniversary.

This third edition, under the theme “The climate crisis and the territories in 2050: towards the interior desert?”, takes place in streaming format, and counts with the participation of João Santos, researcher at the University of Trás-os-Montes e Alto Douro (UTAD), recognized expert on the issue of climate change and the anticipation of future climate paths in Portugal.

During the session, researcher João Santos will explain what will change in the form of occupation, uses and amenities of the different regions of the country. The moderation of the conversation is the responsibility of researchers from the Centre for Transdisciplinary Studies for Development (CETRAD), Luís Ramos and Lívia Madureira, and the event is free of charge.